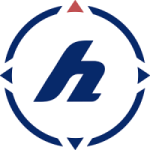 The only crewing business owned by the Hartmann Group in the Philippines is Hartmann Crew.

The main focus of Hartmann Crew has been on ongoing innovation and inclusive growth.

Hartmann Crew (HCP) was formerly known as Associated Ship Management since its founding in 2002. (ASM). It used to go by that moniker for thirteen years, but in 2015 it changed its name to Hartmann Crew Philippines.

The company's decision to alter its name was made in an effort to better identify with Hartmann AG, its main partner in Germany, and to reaffirm its affiliation with the Hartmann Group. The change to the name opened the door for HCP's actions as it advances and enters a new era of shipping. Neither the company's management nor its core ideals have changed.

The only crewing business owned by the Hartmann Group in the Philippines is Hartmann Crew.

On a fleet of more than 150 active vessels, HCP employs around 3,600 international maritime specialists to man its many vessel types, including oil tankers, gas tankers, product tankers, container ships, multi-purpose vessels, and bulk carriers. The only crewing business owned by Hartmann AG in the Philippines is Hartmann Crew.

Hartmann Crew Philippines goal is to be the industry leader in crewing by creating careers, protecting families, and advancing the country.

A society in which each seafarer has a rewarding career and a contented family.