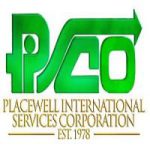 Over the years, the Company has earned eminent reputation as a human resource provider fast to respond, reliable, and efficient—values that define its track record of commitment to total customer satisfaction and which are now ingrained in its corporate culture.

Adaptive and flexible, PISCO has embarked on innovation to plug itself into the hub of the fast-changing global landscape of recruitment to remain competitive.

Today, as the 21st century world of work unfolds, PISCO remains as faithful and true to its vision, mission, and philosophy forged by its founders. And while it has grown to become a leader in the Philippine overseas employment sector, it has not lost, but rather sharpened, its commitment to recruitment excellence.

Its principal office is in the central business district of Manila, and will soon expand to its own six-story headquarters in the central business district of Makati. Outside the national capital, it maintains offices in the cities of Davao, Cagayan de Oro, General Santos, Tacurong, Cotabato, Butuan, and Koronadal in Mindanao; Cebu, Iloilo, and Bacolod in the Visayas; and in the provinces of Nueva Ecija, Isabela, Pampanga, and Laguna in Luzon.